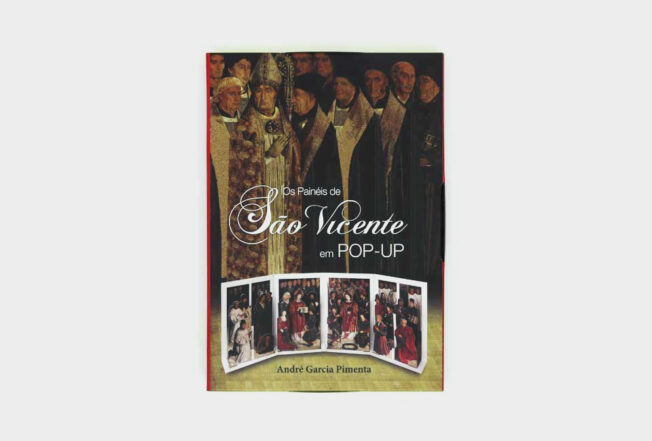 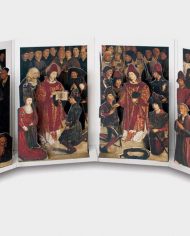 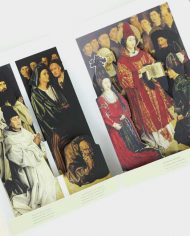 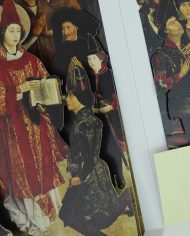 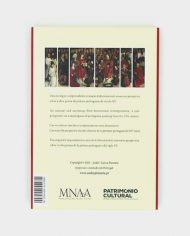 PANELS OF ST. VICENT IN POP-UP

An unusual and surprising three-dimensional reinterpretation, a new perspective on a masterpiece of Portuguese painting from the 15th century.

“A major work of highly symbolic importance in Portuguese culture and a unique “group portrait” in the history of European painting.

The six paintings attributed to Nuno Gonçalves present a group of 58 people gathered together around the double figuration of St. Vincent. A solemn and monumental assembly, representing the Court and various groups of Portuguese society at that time, engaged in an act of veneration directed towards the patron and inspiration of the 15th-century military expansion into the Maghreb.

In this ceremonial picture, these figures, depicted in clearly established volumes, and characterised not only by the expressive look of concentration on their faces and their attitudes, but also by the sophisticated pictorial definition of their costumes and accessories, seem to combine the purposefulness of an evocative narration with a contemplative vision.

Although any complete understanding of the intention and significance of this work still remains quite problematic, it is believed that the author of the panels was the royal painter of King Afonso V, Nuno Gonçalves, and that they originally formed part of the altarpiece of St. Vincent in the chancel of Lisbon cathedral.”

(Text from the website of the Museu Nacional de Arte Antiga)