View cart “KEEP IT LIKE A SECRET” has been added to your cart. 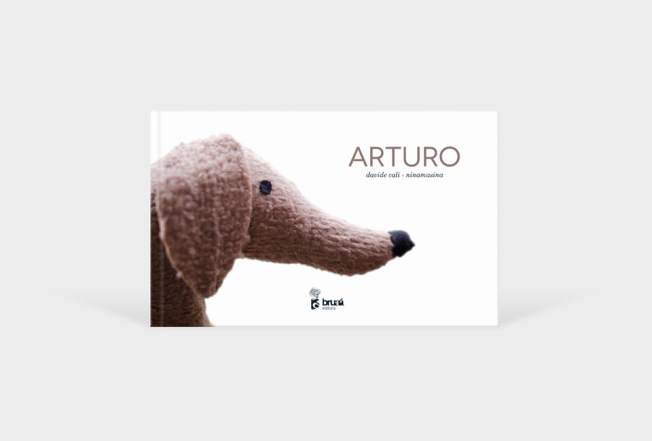 Arturo will wait the time needed for the return of his Ulysses, dreaming that image of pure happiness that is the encounter between a dog and its owner.

“I turned round suddenly and you’d gone. Did you get lost?”, says Arturo, realizing that he was alone. Who walked him disappeared. Of that person we know nothing: man or woman, rich or poor, young or old, because maybe none of that has any interest to a dog. Being his owner and companion is enough to him. Only that to reveal throughout the book his unconditional love in an endless quest, a construction of an old and well-known model of delivery, giving and friendship that asks nothing in return. Arturo merely underlines what we already know about man’s best friend. As Argos in the Odyssey, Arturo will wait the time needed for the return of his Ulysses, dreaming that image of pure happiness that is the encounter between a dog and its owner. Bruaá

Davide Cali is one of the most original and acclaimed writers of children and adult picture books nowadays. Born in 1972, in Liestal, Switzerland, he lives in Italy. He started his carreer in Linus Magazine. Since 2000 he has written dozens of children books and won several prizes. Known for his versatility and creativity, Cali’s work can also be appreciated in comics, theatre and music. With Bruaá, Davide Cali has originaly published “A rainha das rãs não pode molhar os pés" and “Arturo”, his 50th book.

Ninamasina is Anna Masini, a freelance illustrator based in Milan. Born in 1981, late in the morning at the end of June, she has studied anthropologies and film-making, and now devotes herself to books, illustration and photography. Arturo, a picture book born in collaboration with her dachshund puppet and her friend Davide Cali, is her first photographic book for children. With needle, thread and a little help from a sewing machine she also works as an imaginary demiurge, creating imaginary animals that fill her tiny home.

WHERE ARE YOU? WHY DID YOU LEAVE?