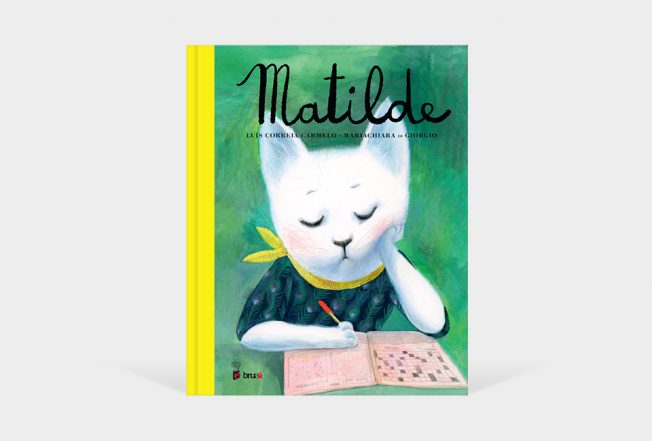 Separated by the shop window two hearts beat: Matilde’s for Mr. Narcissus and Mr. Narcissus for himself. How will these two love stories meet?

Mr. Narcissus has a certain attraction for shop windows, mirrors and all that can reflect his beautiful figure. That is why, every single day, he takes time to look at himself in the window of Boutique Esmeralda, a newly opened shop below his house. What he doesn’t know is that behind the shop window is Matilde, the employee that sees him everyday doing gestures and throwing looks that are hard to ignore. Separated by the shop window two hearts beat: Matilde’s for Mr. Narcissus and Mr. Narcissus for himself. How will these two love stories meet?

Luís Correia Carmelo was born in Lisbon in 1976, but lived in Brazil until 1991. He holds a degree in Theater Studies, a Masters in Portuguese Studies (Representations of Death in the Portuguese Traditional Tale, Colibri, 2011) and Doctor of Arts, Culture and Communication, with the thesis Oral Narrative: a performative art. He collaborates with the Institute of Studies of Traditional Literature of Universidade Nova of Lisbon and the Center of Investigation in Arts and Communication of the University of the Algarve. He has been telling stories since 2003 in libraries, schools, associations, theaters and festivals, in Portugal and abroad.

Mariachiara Di Giorgio was born in Rome in 1983. She studied illustration in Rome and Paris, at the Ecole Nacionale Supérieure des Arts Décoratifs (ENSAD). During college, she began collaborating as a designer for FAO, and working as a concept designer for films and advertising agencies. In 2012 she starts working in editorial illustration, illustrating some of Gianni Rodari's books for Editori Internazionali Riuniti, followed by publishers such as Editori Laterza, DeAgostini, Else Edizioni, Mondadori, Linus magazine and La Città del Sole stores. Her work has been exhibited at the Illustrators Exhibition of Bologna's Children's Book Fair (2015 and 2016) and at the 58th edition of the Society of Illustrators in New York.