View cart “WHO WANTS A CHEAP RHINOCEROS?” has been added to your cart.
% 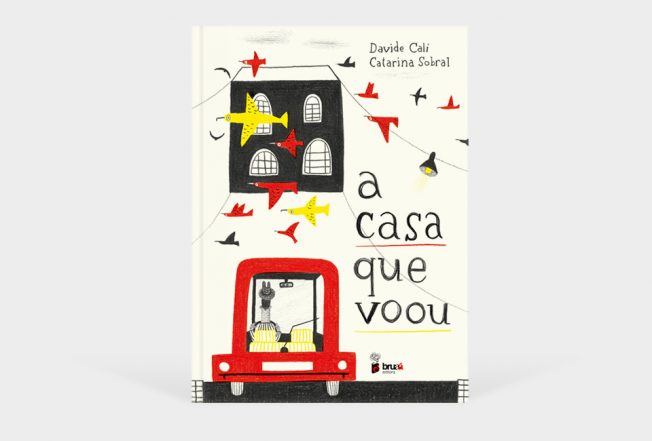 THE HOUSE THAT FLEW AWAY

Getting home after a day’s work and finding your house flying. There’s an upsetting situation. What can you do? Who to ask for help?

Getting home after a day’s work and finding your house flying. There’s an upsetting situation. What can you do? Who to ask for help? As we know, houses don’t come with an instructions manual, but even if they did, would anyone remember of including a chapter on flying houses? This story is about that rare phenomenon: a house that, out of the blue, decides to take off. And because for such unusual events there isn’t an easy solution, the owner of this house doesn’t know what to do. Where do you start when your house flies away? The fire department? The police? The civil aviation department? Not easy at all. Still, every cloud has as a silver lining. Houses, just like everything that is important and essential in life, shouldn’t be left out of sight.

Davide Cali is one of the most original and acclaimed writers of children and adult picture books nowadays. Born in 1972, in Liestal, Switzerland, he lives in Italy. He started his carreer in Linus Magazine. Since 2000 he has written dozens of children books and won several prizes. Known for his versatility and creativity, Cali’s work can also be appreciated in comics, theatre and music. With Bruaá, Davide Cali has originaly published “A rainha das rãs não pode molhar os pés” and “Arturo”, his 50th book.

Born in Portugal en 1985, Catarina Sobral is a published author and illustrator. After studying Graphic Design, she graduated in Illustration in 2012. Her work is a regular presence in editorial illustration and she has been published in countries including Portugal, Brazil, France, Italy, Sweden, Hungary, Germany, Argentina and South Korea. Her work has been exhibited both in solo and group shows in many places around the world and recognized by the Bologna Children’s Book Fair, the Portuguese National Illustration Award, the Portuguese Authors’ Society, the White Ravens catalogue and the 3×3 magazine.

ONE DAY THE HOUSE JUST TOOK OFF. IT ROSE FROM THE GROUND AND FLEW AWAY.