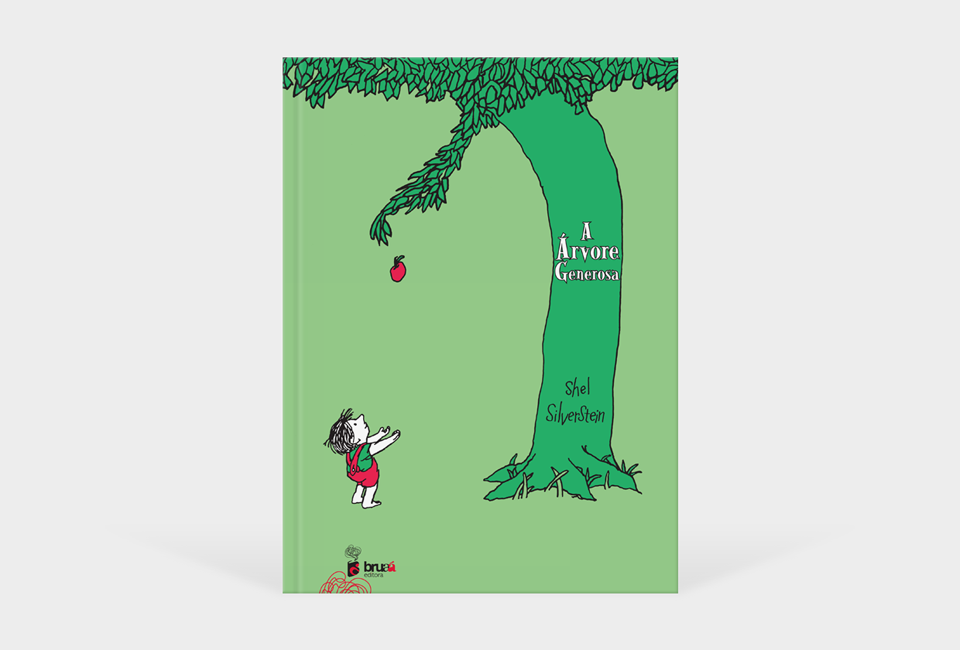 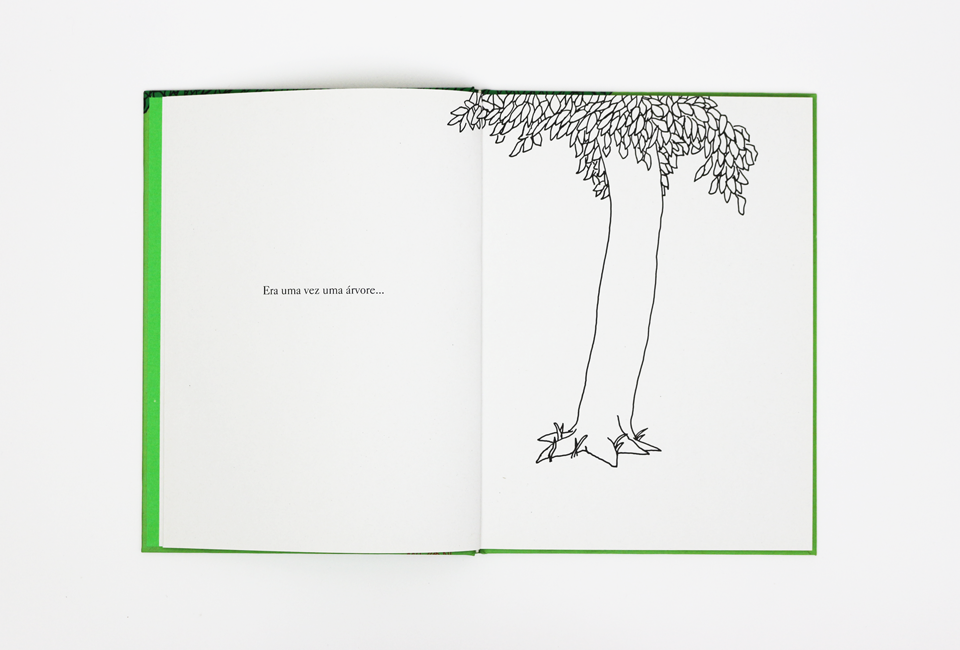 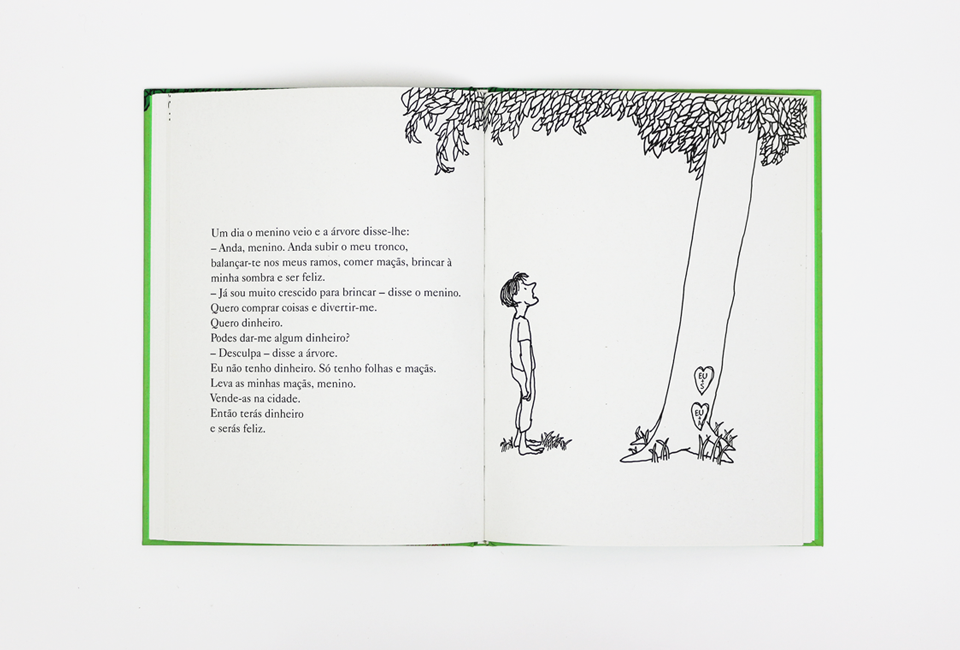 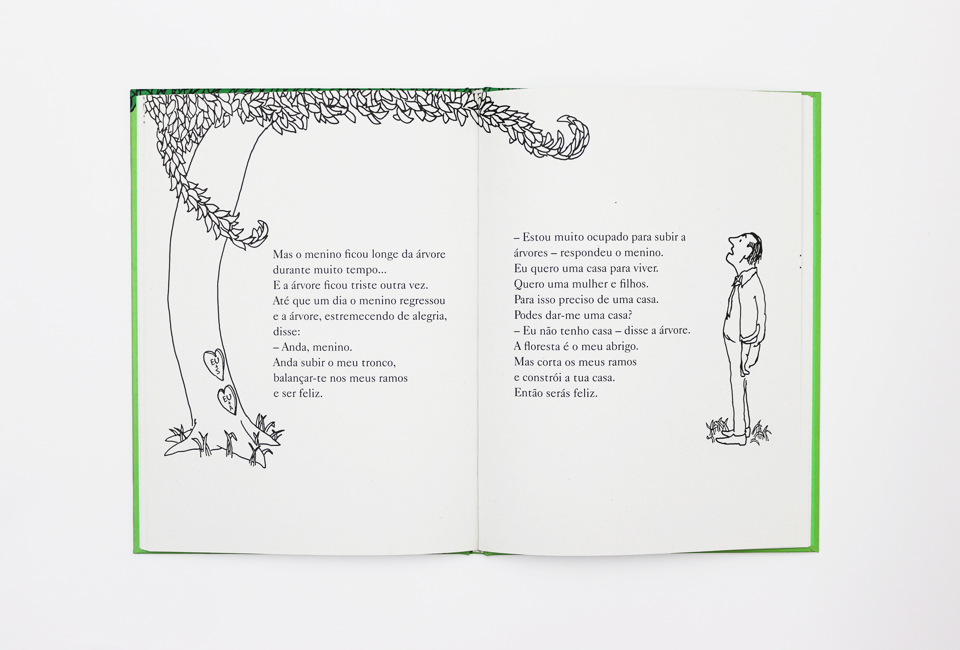 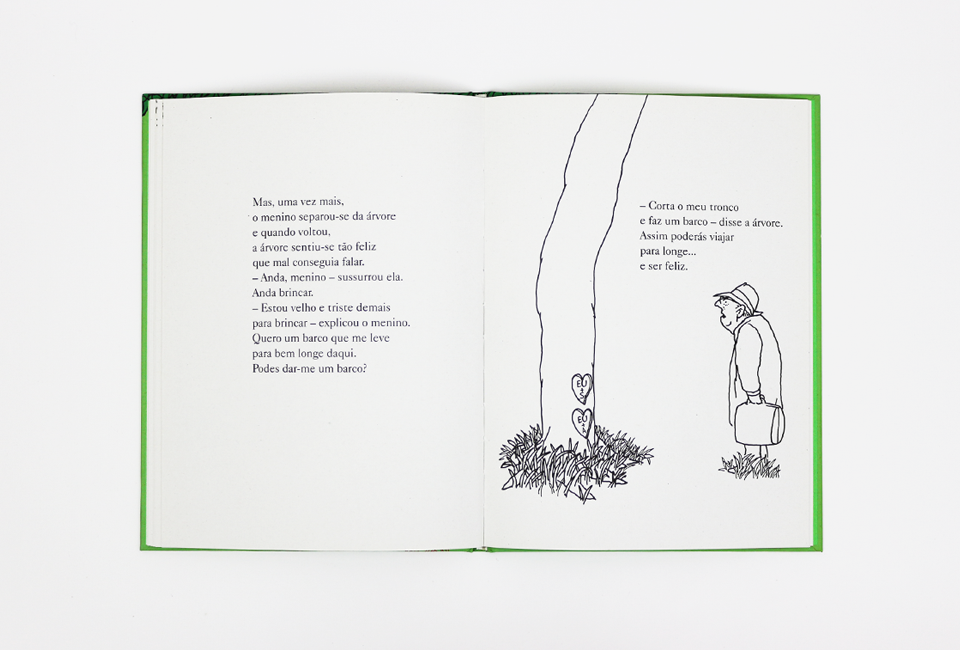 This is the best known book of north-american writer and illustrator Shel Silverstein. The classic, written in 1964, moved generations with the story of a boy and a tree.

This is the best known book of north-american writer and illustrator Shel Silverstein. The classic, written in 1964, moved generations with the story of a boy and a tree. With few words, Silverstein talks about the relationship between man and nature, where a tree offers everything to a boy, that leaves her aside to grow into a selfish man. But to please the boy that she loves, the tree’s generosity has no end – even if it means its own destruction. In the foreground, a lesson in environmental awareness: the little man, petty, facing the generosity and strength of nature. However, the dynamic we watch between boy and tree also speaks of the passage of time and the values ​​that are reassessed with it. The tree teaches, through affection, a relationship of sincere and selfless exchange – the same that men seem to forget with the demands of adulthood. Beth Amos

Shel Silverstein was probably the most popular children’s author in the XX century. A truly singular and versatile artist, Silverstein was a writer, poet, illustrator, playwright, lyricist and singer. Born in Chicago on the 25th of September 1930, Silverstein, who never thought about writing for children – which is surprising for an artist whose works have delighted millions of reader all over the world – will be internationally known as one of the most beloved and celebrated authors of all times, quite often compared to Edward Lear, Dr. Seuss and A.A. Milne. Until his death in May 1999, he continued to create plays, songs, poems, stories, illustrations and above all, as he once said “having fun”.

ONCE THERE WAS A BOY WHO LOVED A TREE.