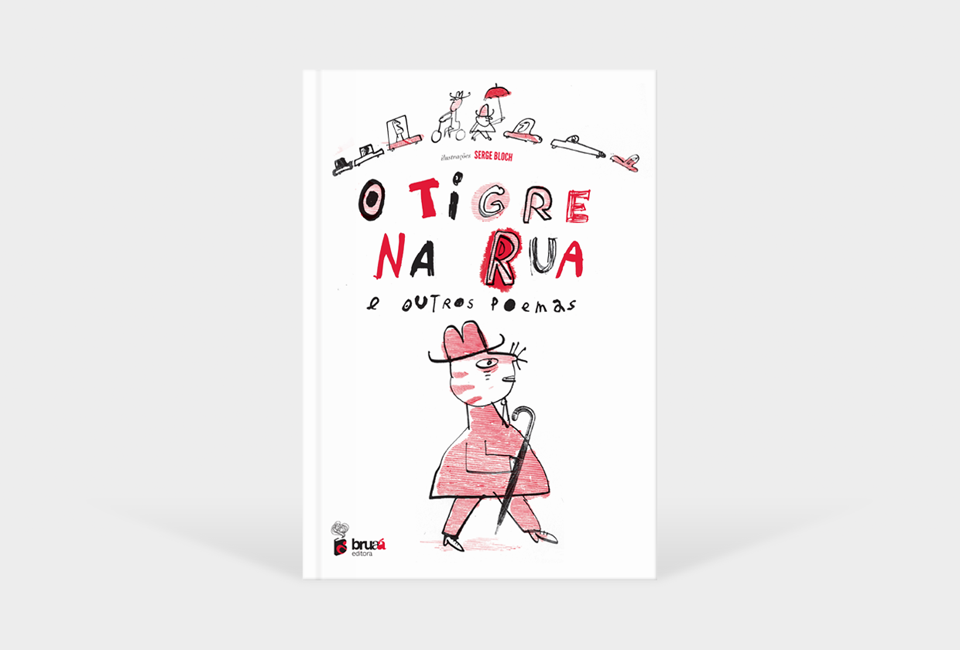 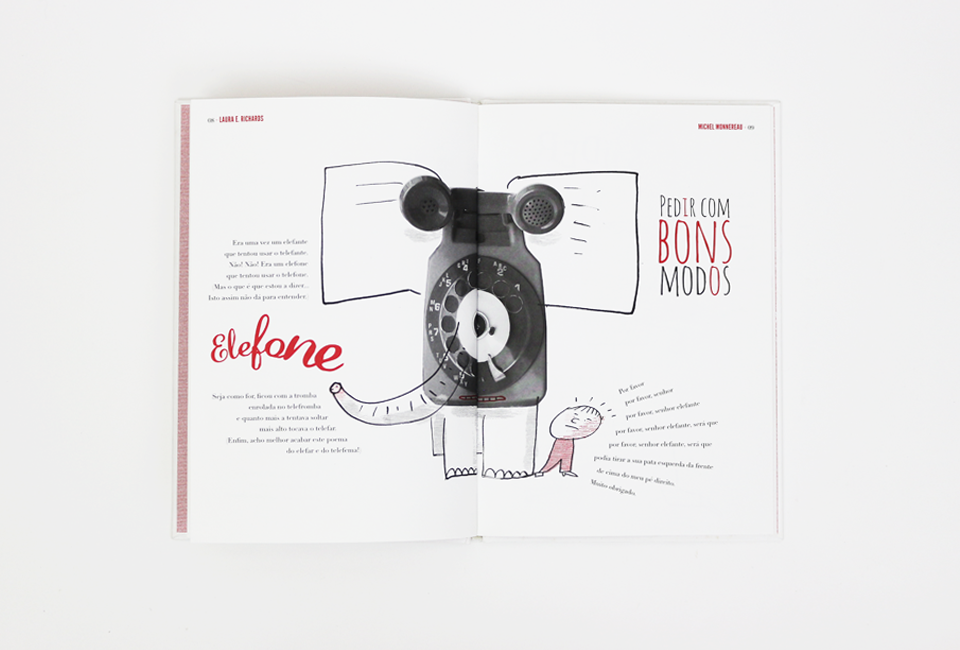 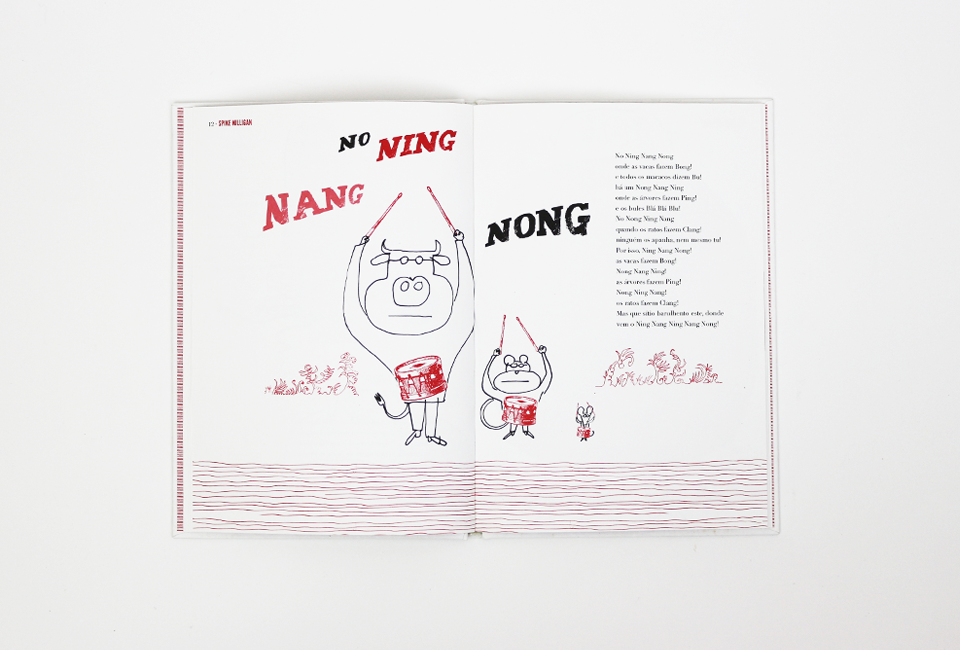 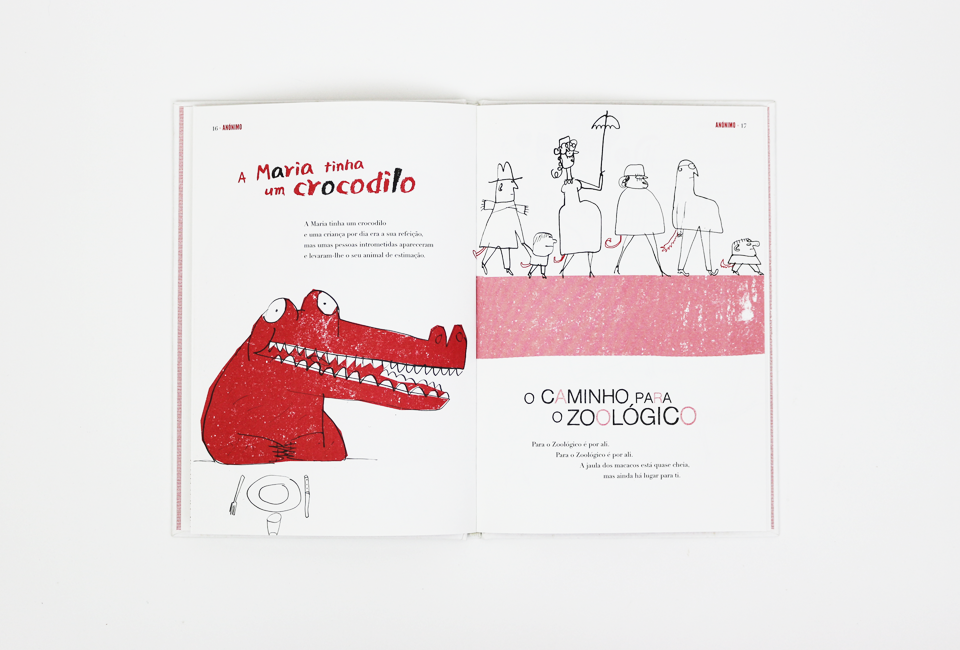 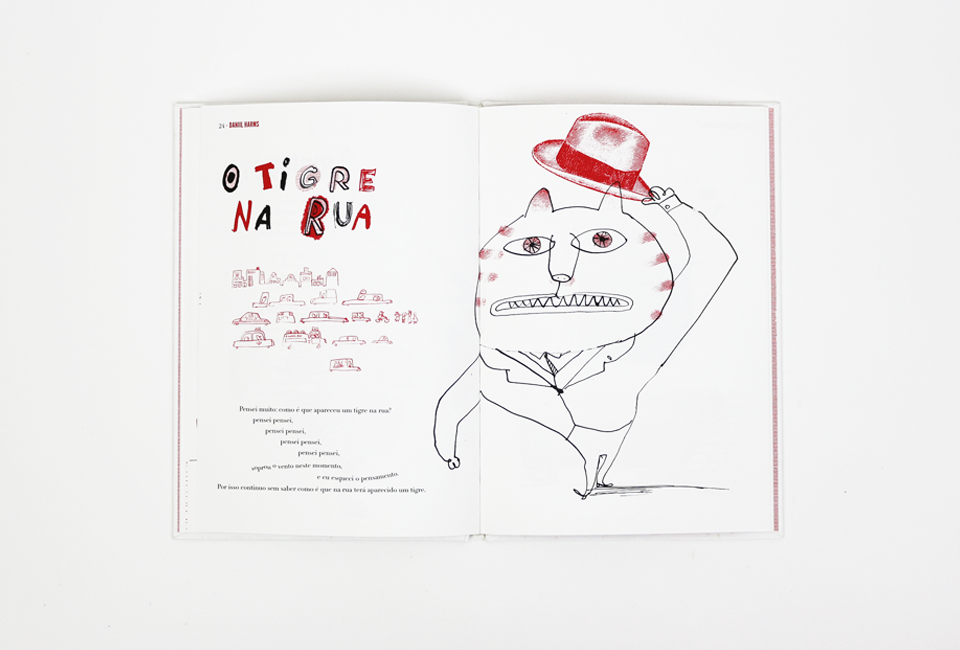 THE TIGER IN THE STREET

In the same way we think and we wonder how can a tiger appear in the street, as the poem by Daniil Harms, we also react with equal surprise how poetry is absent of so many people daily life.Surrendered to common places, put to sleep by wordy speeches, we watch the eroding of words bright and dissonant character. More than enough reasons to celebrate poetry and find in it the counterpoint and resistance against this state of affairs. So it appears this book: one more door, or window, if you will, for a poetry that summons a playful language of questions instead of answers, but above all, ageless poems that throw humor and absurd against beautiful hollow words that much contribute to the prejudice against poetry. Bruaá

One of the most brilliant illustrators of his generation, Serge Bloch was born in 1956, in Colmar, France. He made his studies at the École Supérieure des Arts Décoratifs de Strasbourg with Claude Lapointe. He regularly draws for the press, His work appears in The Washington Post, Wall Street Journal, Chicago Tribune, The New York Times, Los Angeles Times, Boston Globe , as weel in magazines like Time and New Yorker. He received the Society of illustrators golden medal . He lives in Paris with his wife and son, in which he inspired himself to create the super-hero Samsam.

I KEPT THINKING: HOW DID A TIGER APPEARED IN THE STREET?