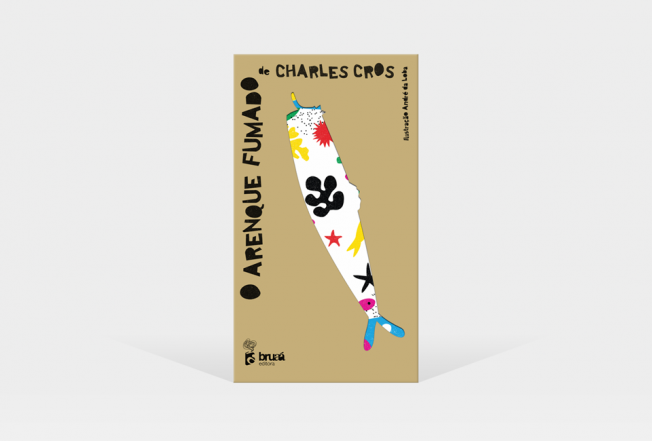 Written and published in 1872, first in a version in prose…

Written and published in 1872, first in a version in prose, it appears in verse in Cros’s anthology of texts Le Coffret Santal in 1873. The success of this poem, learnt by heart and told by generations of French to the present day, as other texts of Charles Cros, contribute to the appearance of the monologue fumiste, a much publicized genre by comedian Coquelin Cadet, which encourages Cros and other writers to write new texts that conform to this structure: humorous short text, with only one character and fast-paced. Admired by Edward Gorey, who has been one of the first to illustrate this text translated into English by Alphonse Allais. André Breton includes this poem in the historic “Anthology of black humor” where in its presentation text he emphasizes “the feat that resulted in making the poetic mill vacuously rotate in the Smoked Herring”. Bruaá

Poet, inventor and french humorista, Charles Cros was born in 1842 in Fabrezan and died in Paris in 1888. Passionate for literature and science, he developed several methods for photography improvement, including the technique for the color photography. Presents studies on electricity, the musical stenographer, the automatic telegraph and, curious fact, delivers at the Science Academy, months before Edison’s phonograph, an envelope with the full description of a device similar in every aspect to the one that would make Edison famous. Still, it’s his monologues that will bring him some fame, a genre where “The Salt Herring” is included, and that are read aloud by himself in the cabarets of Paris. Undervalued by critics, Cros’s humor will be finally celebrated by the surrealists that see him as their predecessor.

Despite his short carreer, André da Loba is one of the most recognized and emergent illustrators worldwide with his award-winning work in several publications and events such as the Bologna Children’s Fair, New York’s Illustrators Society, American Illustration, 3X3 Magazine, CMYK Magazine or Lurzer’s Archive where he was selected as one of the 200 best ilustrators around the world in 2010. He regularly collaborates with The New York Times, Times Magazine as other publications from Europe and South America. He has illustrated more than a dozen children books in Portugal, Spain and Brasil.