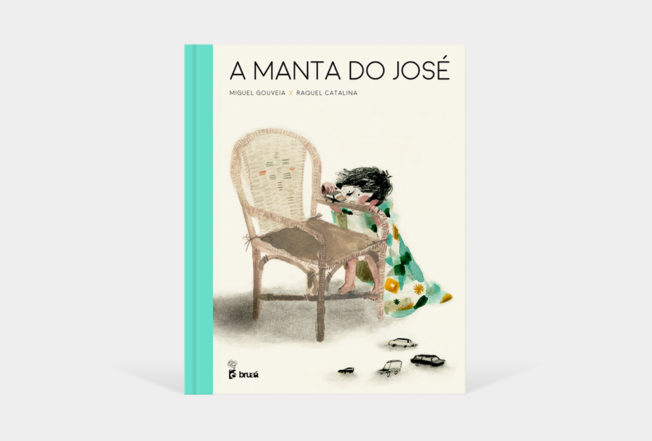 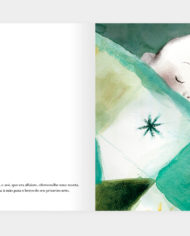 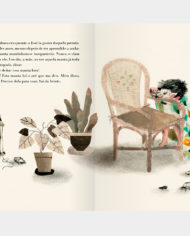 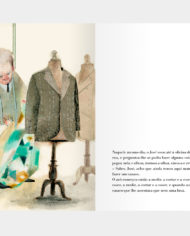 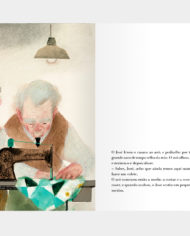 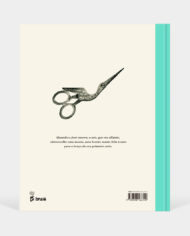 When Joseph was born, his grandfather, who was a tailor, offered him a blanket that he had been doing for months.

When Joseph was born, his grandfather, who was a tailor, offered him a blanket that he had been doing for months. A beautiful blanket for the cradle of his first grandson. This is the beggining of this loving story about childhood and the passing of time adapted from the jewish oral tradition. Joseph’s blanket accompanies him throughout his growth, first as the inseparable blankie, then as a coat and then as other clothing items that get smaller and smaller until a tiny button. All thanks to his skilful and accomplice grandfather that always finds a solution to Joseph’s attempts to rescue what is left of the original fabric. But one day even the button disappears and against all odds Joseph’s grandfather shows him how we can still make something out of nothing and make the blanket last forever.

A manta do José

Miguel Gouveia was born in Santo Tirso, Portugal, and tells stories since, in 2001, little creatures called him teacher. Parallel to teaching he maintains a modest musical activity. In 2008, with his better half, creates Bruaá Editora. In 2010, after finishing his Master’s degree in “Books and Children’s Literature” by the Universitat Autònoma de Barcelona, he leaves teaching to devote himself to publishing, translation, oral storytelling and the apology of idleness.

Raquel Catalina studied Fine Arts in Madrid, her hometown. She later moves to Valencia where, after completing a postgraduate degree in illustration, she begins to collaborate with several publishers. In 2018 she was selected for Ilustrarte and for the Ibero-American Catalog of Illustration. She has also exhibited at Valencia’s Picture Book Fair.